Am I a European snob?

The nurturing of language

From the moment Julia was born it was apparent that I could never speak to her in English. I always knew that I wanted my children to be bilingual but I never really stopped to think how I would achieve this. As soon as Julia was in my arms I knew that our relationship would always be in Italian and it has been, from that very first moment.

People often tell me I have been so good to “teach” my girls Italian but I have simply spoken to my children in the language I am most comfortable with and I find more natural. That was the easy bit! The fact that they accepted that Italian was “our” chosen language is more of a mystery to me. I hear so many stories of children who stop speaking the minority language and I can’t help wondering how this never happened to us. Could it have been just luck?

There was certainly a luck element. I was lucky to be able to stay at home with the girls in the pre school years. The girls went to kindergarden a couple of days a week but the rest of the time they were with me in a full immersion italian environment! We talked italian, read italian books, sang italian songs and watched italian videos. We also had italian friends to play with. We had a lovely italian playgroup where the girls learned to relate to other children in italian. With so much italian everywhere how could they possibly escape?

But when we did get out of our italian bubble what I found was a lot of support. Everyone around us has always been very encouraging and often people in the street would stop to tell us how wonderful it was to hear the girls speaking italian. When the girls had little playmates coming to our house I would often speak italian to them as well. Of course it was nothing too deep and meaningful but they always understood when it was time for afternoon tea!

In those pre school years the girls always spoke in italian to each other and english was spoken only in the evening, when Nigel was home. He became the language minority in his own country!

They were always very clear what language to speak with who and never warmed to people who were trying to speak the “wrong” language! If an english speaking person would say something in italian they would look perplexed and not really sure how to reply. The same happened in Italy when people tried to speak to them in english.

At school in Pieve San Paolo

When they started school it didn’t took long for them to start talking and playing in english. The same happened with their italian friends from playgroup. But they never spoke english to me. In fact it took them a while to understand that on some occasion we had to speak english to be polite with people who could not understand.

We travelled to Italy often and that was always a boost to their language. When they were still in primary school we spent six months there and they had the opportunity of going to school. It was a fabulous experience for them both, but they kept talking english amongst themselves!

Julia took italian as a VCE (final exams) subject last year. It was always going to be easy for her and I would have liked her to study more. Still she managed to do very well. After her oral exam I received a phone call from a friend, an italian teacher. She told me that her friend was one of the examiner and she told her about this girl with and italian mother and australian father who spoke so well she could not believe she wasn’t italian. She told her that she was hoping her daughter would grow up to speak just like her. My friend asked a few clarifying questions and she understood that it was Julia she was talking about. It wasn’t too ethical but she couldn’t help telling me. It was one of my proudest moment!

I have to admit that I often thought of what I would do if they stopped talking to me in italian, beside being broken hearted! But now I am confident it will never happen, our relationship is strong and it can only be in italian, my own language, the language I love. 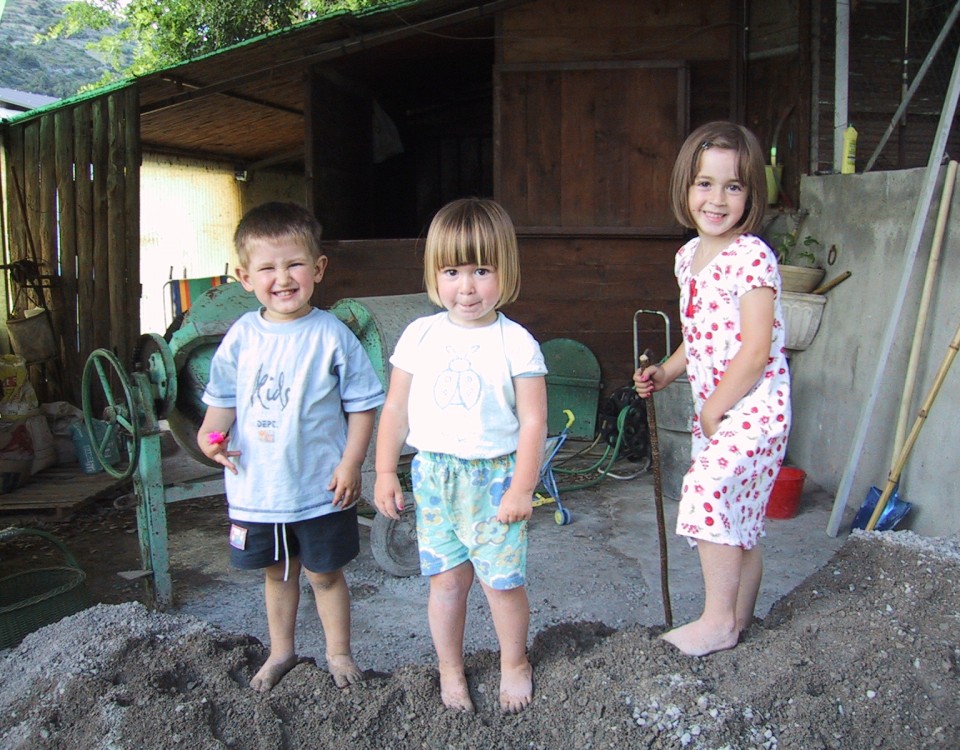